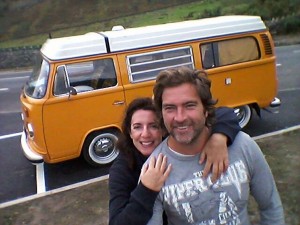 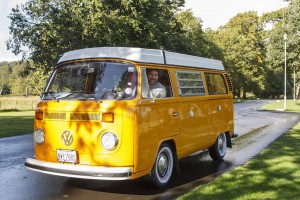 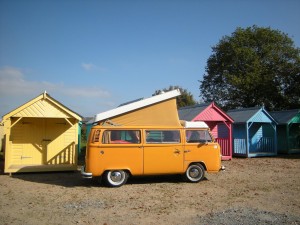 My name is Mark Lightfoot and I’m the person behind VW Camper Interiors. I am an apprentice trained joiner and cabinet maker and I work with a small team of individuals who are highly skilled in their respective crafts and who provide the expertise necessary for the electrics and upholstery when required.

My love for VW campers started at an early age when after finishing my carpentry apprenticeship my friend and I bought a classic T2 bay window to tour Europe. It was a fantastic journey but sadly we didn’t keep the camper and after the tour we sold it for just £1,000 because it wasn’t particularly fast or reliable and broke down in Pisa. The ignorance of youth! I didn’t realise at the time that I had bought a piece of history and for a few pounds I could have had the camper repaired.

I made good the mistake because twenty years later still having the same mind set and loving the idea of being a free spirit, I bought another VW camper ( although by that stage they had shot up in value and most were rust buckets!) It took me almost a year to find a rust free solid Westfalia and when I did find one, I discovered that although the exterior was in wonderful condition, the interior cabinets were old and worn. At the time of the purchase I told the dealer who I bought it from that I intended to refit the interior. He expressed shock saying that changing the cabinets in an original Westfalia may well affect its value. I recognised that may be the case but my idea was not to ruin the original interior but to remove it, retain it and replace it with something more durable and useful while I had it. As a cabinet maker I knew that I had the skills needed to do all this, to keep the original intact and to replace it in due course if I ever wanted to. I was keen to try out my ideas and to put my skills to the test, refit the camper with a more modern version, similar to the Westfalia in design but with a few added extras and that was how I came to build and fit my first camper van interior.

Once I’d done my own van I began visiting VW shows with it initially at Harewood House in Yorkshire where I live, and it became clear from conversations that people had with me that there was a lot of interest from others in what I had done; although my joinery business was thriving, it wasn’t particularly enjoyable, nor did it allow me much in the way of creativity and I began to wonder about building a business out of a very enjoyable hobby.

The rest is history. I’ve done many vans now and if you look through my gallery you’ll see the range. I’ve had so much fun doing this over the last six years and the comments from my customers show that I’ve provided satisfaction.

If you’re thinking about replacing the interior in your van or even having an empty van kitted out then please get in touch for a chat. I’ve moved on from doing just VW’s theses days (although I confess I still have a real soft spot for them) and I’ll turn my hand to anything. 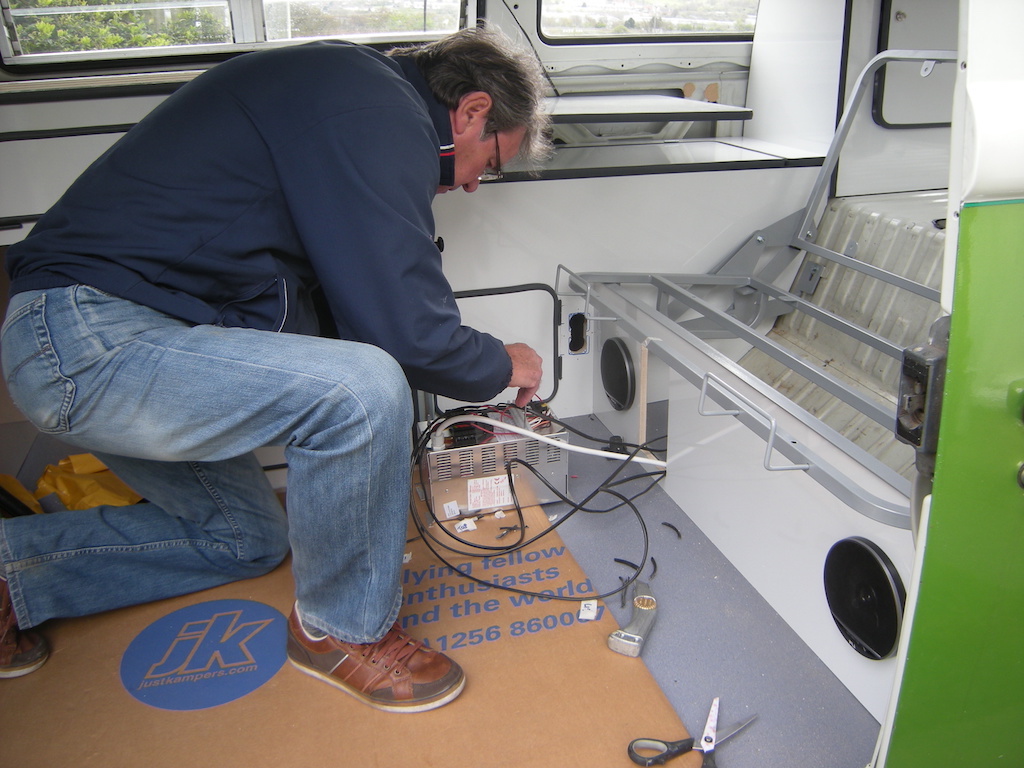 Auto Electrics
From a simple wiring installation to a more complex job, I can fit your electrical system to suit your camping life style choice.
We use only the best quality materials and this means a far superior finish that can stand the test of the time. 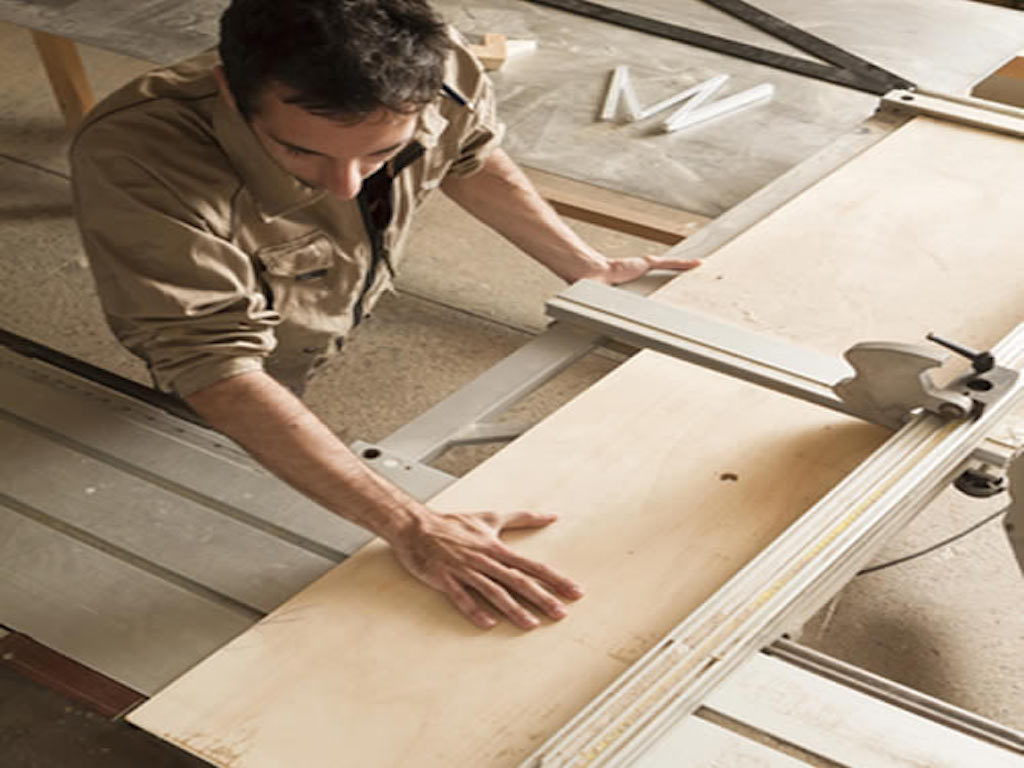 Cabinet Maker
Fully qualified cabinet maker with twenty five years experience I can build your interiors to your own specifications or I can replicate the interiors seen in our gallery.
I plan, manage and construct every stage of your joinery project to make sure you get the very highest level of finish. 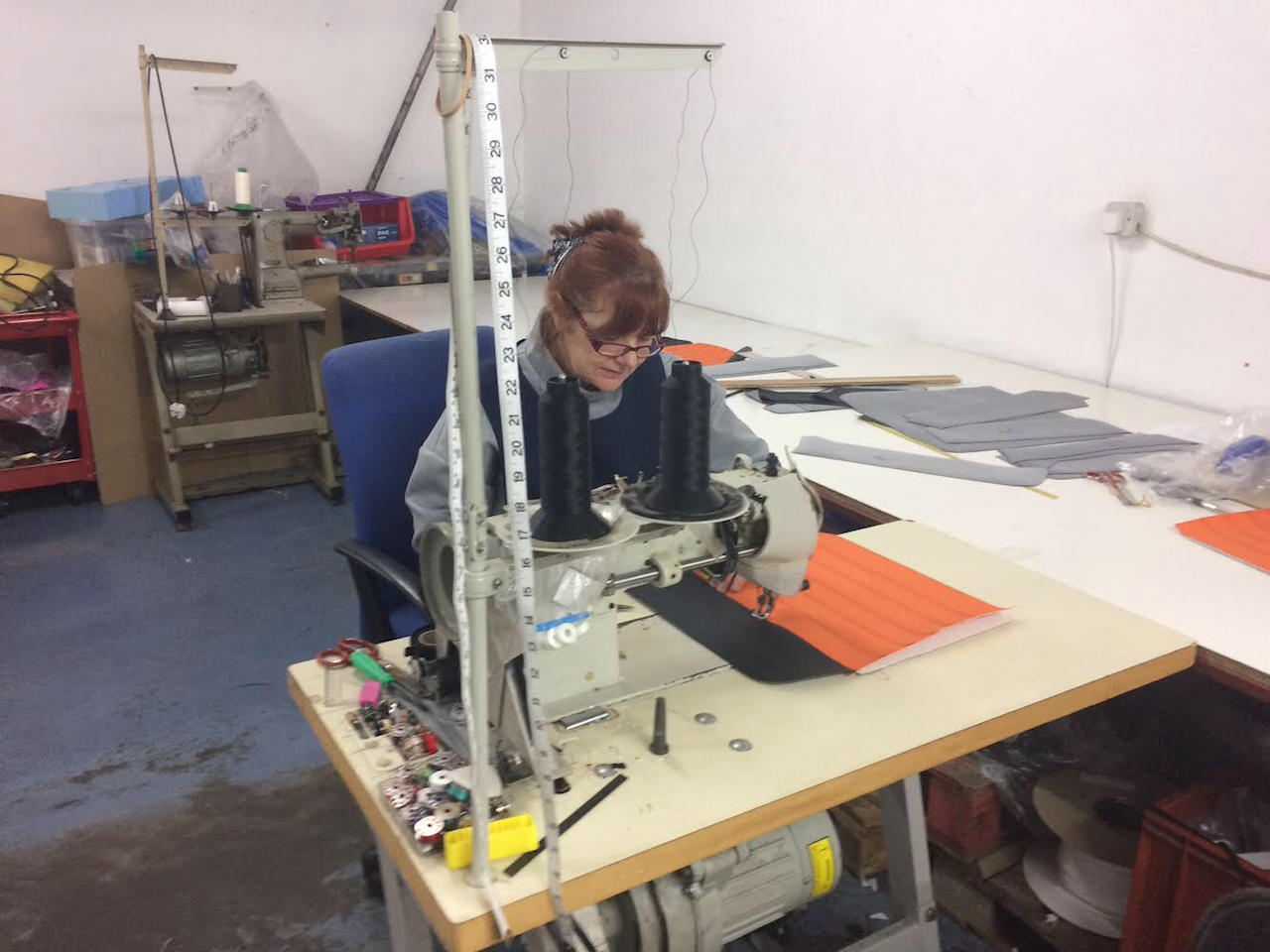 Auto Upholstery
If your seats look a bit tired don’t look further, I can reupholster them with a wide range of high quality materials, including vintage leather and a wide variety of fabrics. I apply modern and traditional upholstery methods to create your dream interiors.